The Education Committee of the AES serves all AES members involved in education –educators and educational institutions as well as the youngest generation of the AES Membership, AES Student Members. It addresses recent challenges of audio education not only in context of school and institutions but also as self-development and education of individuals in their future careers.

The Education Committee supports all levels of instruction and regularly holds meetings to discuss latest trends in audio education, plan workshops and conferences, oversee student events like  international student recording and design competitions, and generate connections between the audio industry and the teaching profession.

The committee maintains a directory of institutions offering programs in audio, and communicates directly with student sections. The Education Committee provides oversight for the Student Delegate Assembly, which is comprised of recognized outstanding students from every region of AES. Together with the Chair and Vice Chairs, the SDA represents the global student interests in meetings, organizes student-led events, and provides outreach and support to students sections operating at the local level. 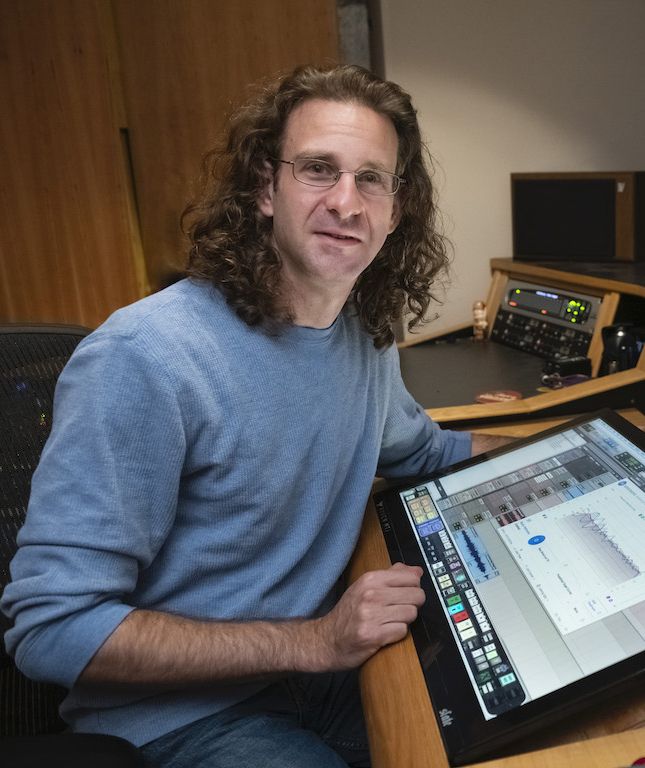 Gabe has engineered and produced numerous music recordings in a variety of genres spanning from classical ensembles to modern rock, contemporary world beat music, jazz, blues, R&B and more on just about every form of media outlet. He owns and operates AudioGabriel, a production company that focuses on creative, new works with notable local, regional and internationally recognized performing artists from around the world. His film scores, audio post, and sound design work have premiered and won awards at numerous film festivals and he has also mixed and designed sound for a number of original programming series for NBC, VS, the Outdoor Channel and MTV as well as other prominent media outlets.

As Assistant Professor of Music Production and Technology at The Hartt School, Gabe teaches classes in both the Music Production & Technology program as well as in the Music & Performing Arts Management. In his classes, students learn how to translate their passion for the music industry into important skills necessary for vibrant careers in the entertainment industry.
Gabe is a full, professional member of the Audio Engineering Society where he serves as a Regional Vice President for the Eastern US and Canada as well as Co-Chair of the AES Education Committee, representing all audio education programs throughout the world. 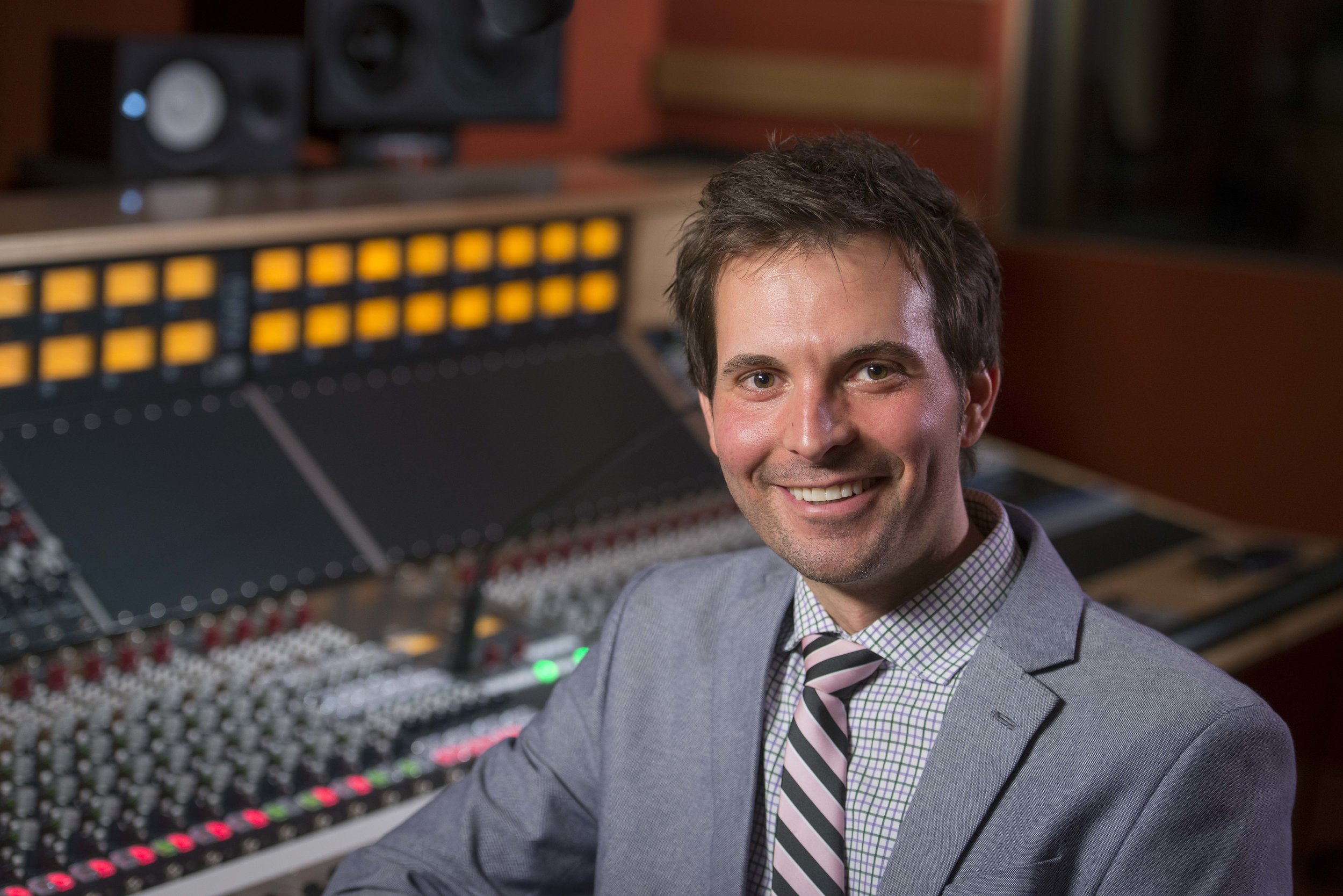 Dr. Christoph Nils Thompson is Assistant Professor of Music Technology and Recording Engineer and is the area coordinator for Ball State’s Music Media Production program. His classical concert music has been played by members of the Chicago Symphony, performed on public radio, and featured at international competitions. His popular music has been released internationally on Def-Jam records.

Creating music that is in touch with audiences and performers alike and intended for the concert hall is his primary focus. His works for solo instruments are frequently premiered and performed by world class performers at the respective national and international venues. His large ensemble music has garnered several awards, and his incidental, on stage drama, and film music has been featured on public radio and television. Dr. Thompson’s stylistic versatility allows him to frequently work as an arranger, composer, sound designer, and producer in the classical, jazz, and pop genre. He often draws upon poetry for inspiration and his Woodwind Quintet based on five poems by Wolfgang Borchert has recently been accepted into the Archive of the National Library of Germany in Hamburg. He is published by Potenza Music.

With over 15 years of industry and engineering experience, Dr. Thompson is an active consultant for mobile applications and games, focusing on sound design and dynamic music architecture. Originally from Germany, he has a background as a jazz/pops pianist, where he was lead keyboardist and musical director for several national acts. 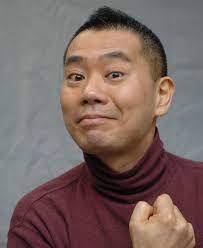 Dr. Kazuhiko Kawahara is an Associate Professor at the Department of Acoustic Design, School of Design, Kyushu University. He received a master’s degree from Kyushu Institute of Design in 1989 and his Ph.D. degree from Kyushu University in 2017.
Kazuhiko worked for the TOA corporation as a Digital Signal Processing Engineer from 1989 to 1991. He was a member of the cutting-edged developing team of a Digital Mixing System for live performance. It was the era that real-time digital signal processing systems were thought unreliable. However, he had implemented the system and made it reliable.
In 1991 he returned to Kyushu Institute of Design as a research assistant. He belongs to Kyushu University after 2003 because of universities reformation in Japan.
His field of research is electro-acoustics and audio signal processing. He has also done work in Loudspeaker evaluation, application technology, and remote presence for remote live viewing. His recent focus involves the pedagogy of Technical Listening Training (TLT). He has attended many AES conventions and conferences with his students for signal processing, audio networking, audio mixing evaluations, and loudspeaker-related research presentations. He also joined ear-training workshops as a panel for his ear training (TLT).
He has been an active member of the AES for many years. And He now serves as a vice-chairman of the Education committee of AES and an Education committee member of the AES Japan section. 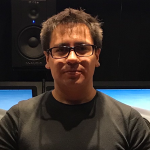 Juan Jimenez is a Sound engineer specialized in recording and audio postproduction. Juan is a professor at Universidad de Las Américas (Quito – Ecuador) where he teaches in the Sound and Acoustics Engineering School. Juan is an Avid Certified Instructor, Pro Tools User, and Sonnox Elite Plugins User. Juan has credits in several record (Alien, Fraktura, Taribo and more) and audiovisual productions (Epicentro Arte, Expresarte, and more). He has been an AES Member for more than 10 years.

Want to be part of the Education Committee?

Subscribe to TheWhistle and recieve notifications on new sports posts